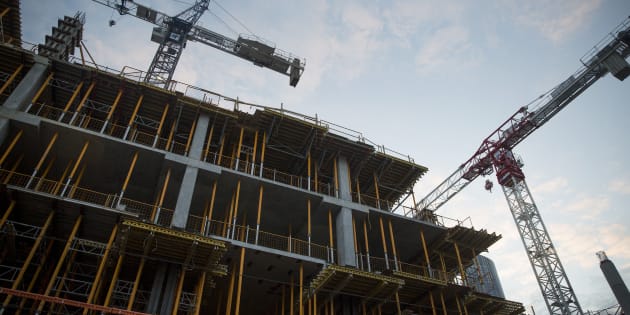 Bloomberg via Getty Images
Cranes operate at a condominium under construction in Toronto, Saturday, May 27. A new report from Scotiabank predicts the cost of owning a home is about to rise much faster than wages.

Canada’s housing affordability is at its worst levels in more than a quarter century, but a new report from the Bank of Nova Scotia suggests things are about to get even worse.

The days of rapid house-price growth in Canada are likely over for now, Scotiabank economists said in a report issued Thursday.

“Canada’s housing cycle has likely peaked,” they declared, because with interest rates on the rise and tougher new mortgage rules on the horizon, the cost of carrying a mortgage is on the rise.

Scotiabank predicts that “mortgage carrying costs” — the amount you have to pay every month to maintain your mortgage — will rise by eight per cent in 2018, and another four per cent in 2019.

Watch: Cities in Canada where you can still afford a home on $50,000 a year